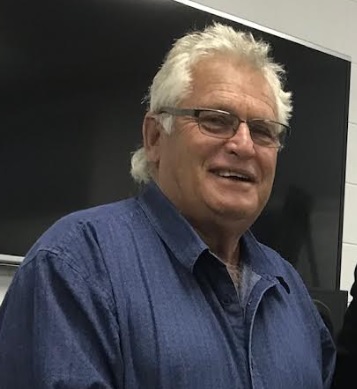 The award was announced by Life Member and Past President of AC, Ms Helen Brownlee OAM, at the 55th Annual General Meeting of Australian Canoeing. Jim was formally presented with his award at the Annual Dinner by Life Member, Mrs Joan Morrison OAM.

The Award is the highest honour within our sport and has only been awarded to 14 members (8 deceased) over the 55 year history of the national body. It is in recognition for his outstanding involvement in the sport for such a long period of

Jim has been formally involved in canoeing since the early 1970s. In 1976 he gained his “proficiency award” received his Instructor Award in 1977. He has been responsible for involving a broad range of both youth and adults in all aspects of the sport since this time.

Jim was awarded Life Membership of Canoe South Australia in 1990 for his outstanding service to the sport.He has served on national committees since the late 1980s and was Chairman of the national Sprint Racing (Flatwater) Technical Committee from 1996 – 2003.

He has held many official roles at local and national regattas, particularly that of “starter”, which he is most respected for. He held the position of “aligner” at the Sydney 2000 Olympic Games.

Jim is most enthusiastic volunteer within our sport, he is most often seen performing the thankless and background tasks that most people take for granted or fail to recognise even exist. He is always available and offers to help at every occasion.

Jim has been involved in the joint management of the South Australian Sports Institute Canoe /Kayak Program since its inception. He is a great supporter of the high performance program and is often found driving interstate towing trailers of kayaks for athletes to use at regattas, a task for which he gains nothing but personal satisfaction.

He was recognised in 2003 by SASI at their annual awards presentation as the “2003 SASI Volunteer of the Year” for the enormous input he has provided to the program well beyond that of any other person and most of all with little thanks.

He is an excellenent mediator and is often called to sit on juries / tribunals and brings exceptional balance to these forums. He is respected amongst his peers and by all within the sport.

Jim is a great motivator and is keen to involve people in sport and outdoor recreation to achieve their personal best, whatever that may be and whatever level they strive to achieve. He enjoys seeing people gain value from their own achievements more than that of others.