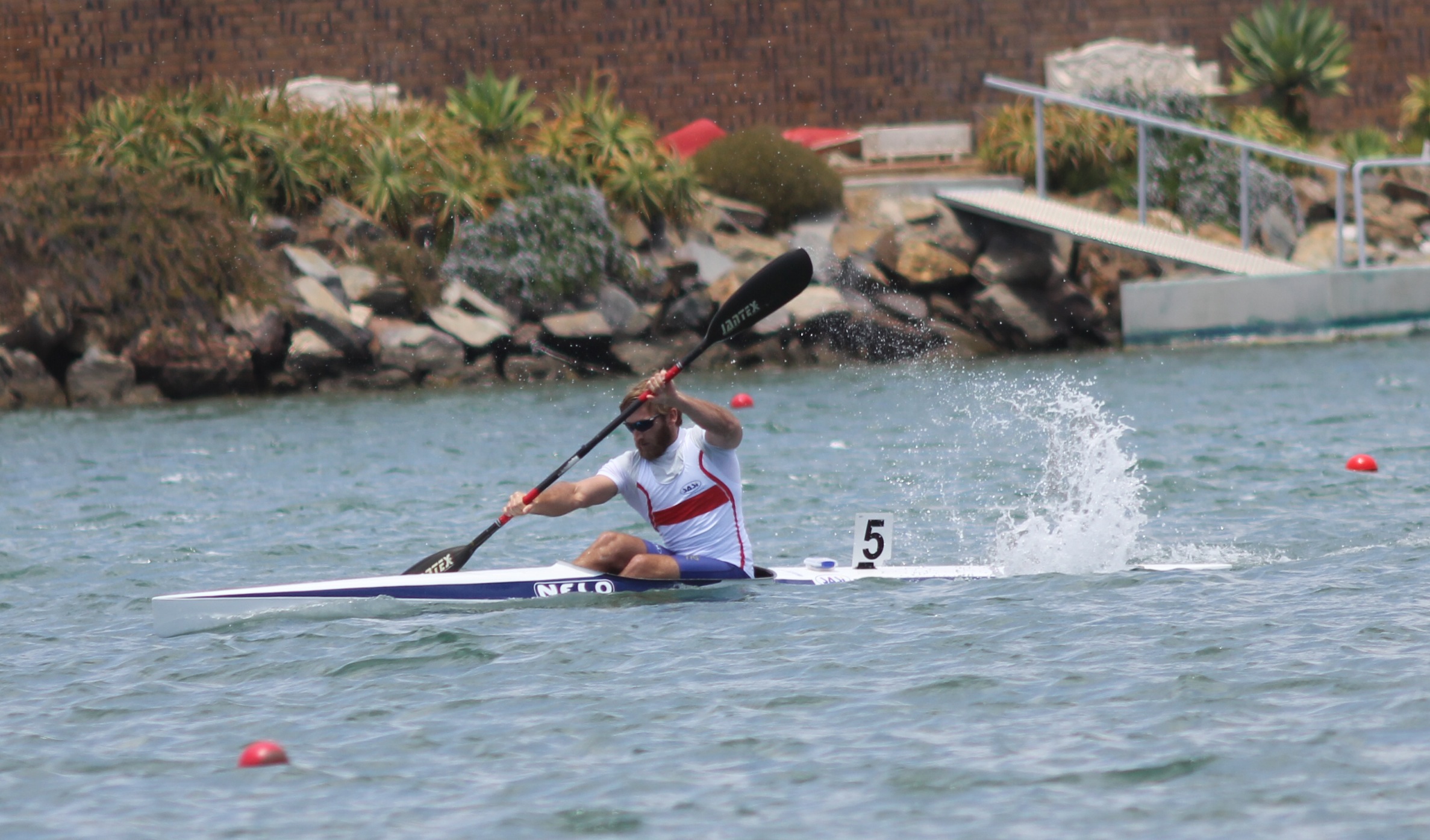 Warm and windy conditions prevailed through the weekend producing some challenging and competitive racing in the first hit out for most athletes for the season. Grand Prix 1 regatta starts the national Sprint racing series was held at the West Lakes (A.M. Ramsay  Regatta Course) from Friday 5th to Sunday the 7th December

Racing over distances from 1000m to 200m in kayaks and canoes (singles, doubles and fours) as well as paracanoe athletes in the outrigger style Va’a.

Putting on the pressure the U23 K4 (Joel McKitherick, Jordan Wood, Jy Duff and Riley Fitzsimmons) made sure the World Champions were kept honest by posting the narrowest of wins in the semi, setting good signs for Rio and beyond for the Aus men’s team boats. On Saturday the Gold medal went to MK4 1000m went to the current World Champion (Smith, Clear, Wallace and Tame) by a boat-length with SA U23 Sean Lohse, Jayden Ellis and Nick Bulmer partnered up with Queensland’s Bill Bain rounding out the podium.

Ben Gallard placed third by 1/10th second in the weekend’s blue ribbon event (MK1, 200m) was a standout performance behind Olympian, Stephen Bird. This was Gallard’s first top 3 placing in a major domestic singles event which is promising for the 24 year old as he works towards a 2015 World Championship Team selection.

Announcing their intentions were young paddlers from SA. Onkaparinga/SASI paddler Francesca Kidd and Westlakes’ Ruby Backen dominated the U18 womens category over the weekend with convincing wins over all distances in the K2. Both girls had wins in the singles races with Kidd taking out the K1U18 1000m and 500m with Backen the winner of the 200m.

West Lakes’ George Rugless, Marsha Makaruskina and Hannah Tatlock also were standing on the podium in their respective U16 finals, with Rugless, only starting competitive paddling in February.

Sam Germein (West Lakes) continued to show improved form in the TA paracanoe category, scoring good personal best times over all distances and on track for meeting his goal – a berth on the Senior national team.

Promising times are ahead in the canoe ranks with Christie Florian (Aus #1) planning to move to SA in January. Aspiring U18 paddlers, Benjamin Keogh (second in both C1 1000m and 500m) and Jayce Bayliss (second in the C1 200m) behind Florian will benefit from the his guidance  and experience.

Good momentum is building in SA and our early season performers setting the mark for the young and upcoming crop of juniors giving a positive sign ahead for the summer season of racing. There is plenty on offer and SA is working on creating good depth through its ranks and establishing solid development and pathway programmes.