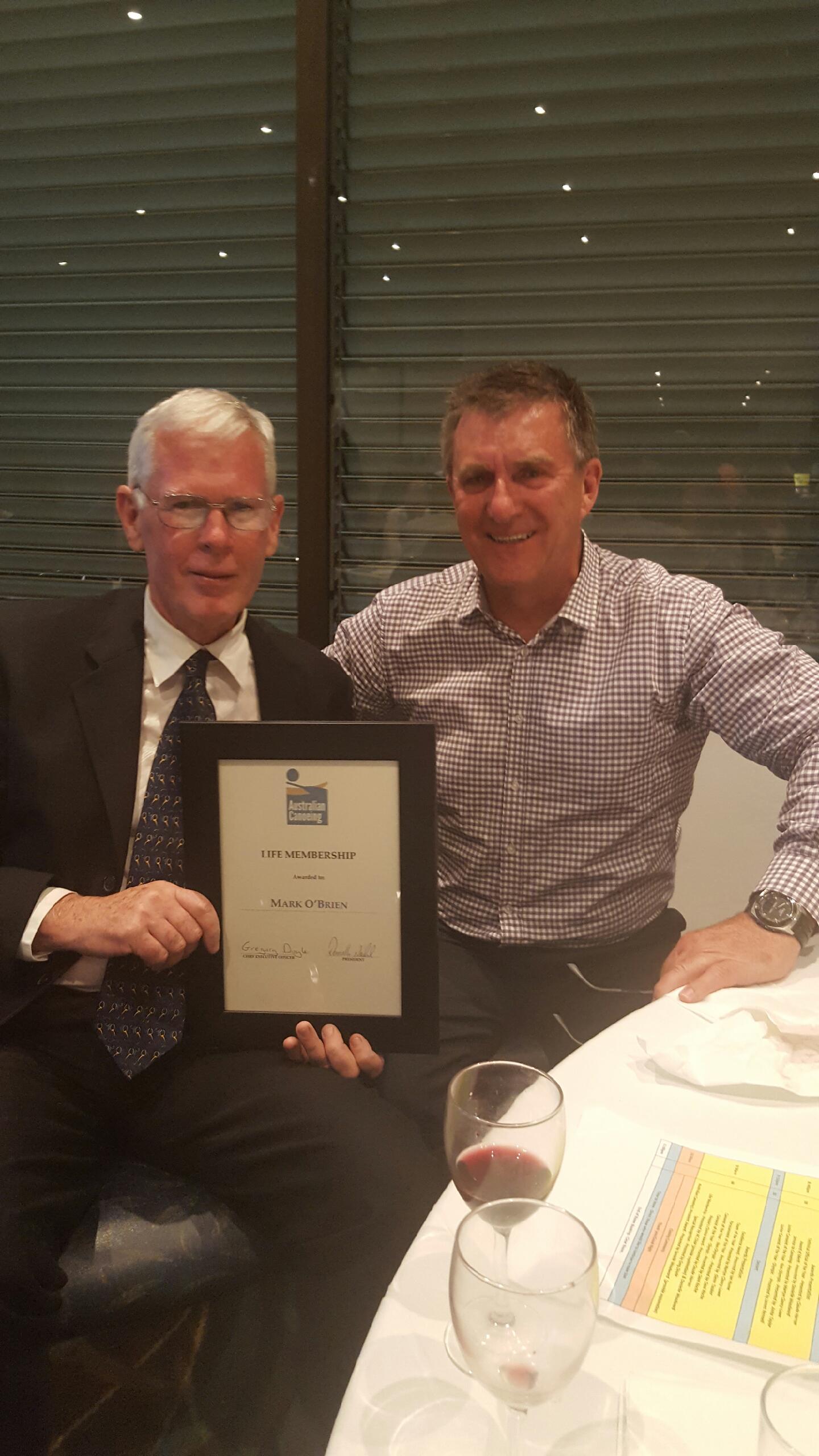 Congratulations to Mark O’Brien, who was inducted as a Life Member of Australian Canoeing at the 2016 AC Awards and Presentation Dinner.